Shaylee is a professional dancer from Vancouver, B.C. She has trained extensively in many genres – specializing in Jazz, Lyrical, Contemporary, Hip Hop and Musical Theatre. Her talent has taken her across Canada, the United States and Europe as a dancer and choreographer.

As a performer, Shaylee was a company member of both House Of Jazz and Uncorked Theatre, most recently performing in the 5-star immersive theatre show, “One Nine Two Seven”. She has worked with world-renowned choreographer/director, Kenny Ortega, as a dancer on the Disney channel movie “Descendants” and was an assistant choreographer to Melissa Williams on the hit television show, “So You Think You Can Dance Canada”.

On top of working as a professional dancer in film, television and live stage productions, Shaylee has assisted many of the industry’s best such as Melissa Williams, Gustavo Vargas, Bradley Rapier, Lindsley Allen (of the Pussycat Dolls), Jillian Meyers and Megan Lawson. She was a choreographer for SGA Productions and Merlin Entertainment – creating “Lego Friends” for LEGOLAND Windsor and the Justin Bieber reveal at Madame Tussaud’s.

She has taught for Kingston University and King’s College based in London, England as well as Pineapple Dance Studios where she was a Guest Teacher.
Currently teaching back home in Vancouver, Shaylee shares her passion for dance with her many students and has won several awards for her studio choreography. She brings an infectious energy to both the stage and classroom, and she’s eager to pass that along. 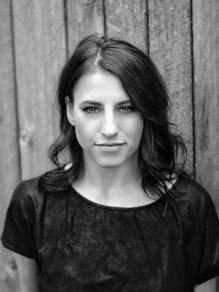