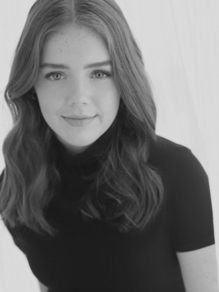 Milissa is a Vancouver based dancer and teacher who completed the majority of her training at Essence of Dance in South Surrey. She fell in love with dance at the age of three and it has played a very important role in her life ever since. She is a versatile dancer that has trained in ballet, jazz, musical theatre, acro, contemporary, lyrical, hip-hop and modern.

Her dedication to dance has allowed her to win many high score awards and cash prizes at competitions. Milissa has also had the opportunity to travel to places such as California and New York to further her training. There she has taken classes at many prestigious studios such as Martha Graham and Alvin Ailey studios, Broadway Dance Centre, Brickhouse NYC, and the Disney Performing Arts Centre. She has also attended workshops with the cast of multiple Broadway shows such as Aladdin, Peter Pan, The Lion King and Chicago. Throughout Milissa’s dance training she completed examinations in AIDT modern and Cechetti ballet, receiving top marks in each exam. Milissa was even chosen as a bursary recipient in being the top AIDT exam candidate in Canada for her level.

She is very excited to share her love of dance with her students and hopes to further ignite their passion.