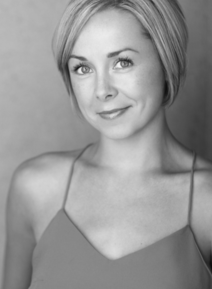 Liz began her training in Fort Saskatchewan, Alberta, training only in ballet for the first six years, then branching out to include jazz, lyrical, contemporary, tap and musical theatre. At the age of 14, she furthered her training at the renowned and very competitive Shelley’s Dance Company in Edmonton, Alberta, under the direction of Shelley Tookey. This was a life changing decision for her as it opened up opportunities in the professional entertainment world, and led to meeting her future husband, Kevin Tookey.

In the competitive world Liz was able to travel to New York to compete at New York City Dance Alliance and also to Los Angeles with Dance Excellence. She received a scholarship at Triple Threat dance convention in Vancouver for L.A.’s Edge scholarship program. Her training also includes classes at Pineapple Dance Studios in London, Broadway Dance Centre and Steps in New York, BDC in Tokyo and The Banff Centre for the Arts summer program.

Liz’s professional career has allowed her to travel all over the world. She began with Princess Cruises where she performed in featured roles as Judy Garland and Cyd Charisse on the Sea Princess. She then traveled to Tokyo, Japan where she was part of the featured pas de deux couple in “Encore!” at Tokyo Disney Sea. Having an opportunity to support the Canadian Troops, Liz went to Egypt and Israel under Big Fish Management to perform along side Lisa Brokop for a very inspiring show tour.

Her television credits include assisting Canadian Choreographer Stacey Tookey on So You Think You Can Dance Canada. She was also hired as part of the creative team for “Reefer Madness” where she helped create dance sequences for the film. Liz can be seen on various episodes of the CW Network’s Hellcats as a featured dancer and as Ashley Tisdale’s dance double. Most recently Liz was dance double for Maggie Lawson in the TV series Psych, and will soon be appearing as a featured dancer in Once Upon a Time.

Liz was able to exercise all of her skills in dancing, acting and singing when she was cast in the North American Premiere/ Toronto production of Dirty Dancing. She was an ensemble dancer and 1st “Baby” understudy. After an 18 month run Liz went on to play the role of “Baby” 52 times!

She now resides in Vancouver where she is part of the esteemed faculty at Harbour Dance Centre, as well as a choreographer for The Source Dance Company and the Intensive Training Program. Other credits include choreographing and directing the Czech Republic fashion show, showcasing their competitive sport wear and casual wear for the 2010 winter Olympics.

When she isn’t performing, choreographing, or teaching, Liz is traveling around Canada adjudicating many dance competitions, including Dance Power Finals in Kelowna, BC, and The Crystal Classic Grand Championships with Showtime Promotions. She has also worked in Stratford, Barrie, Saskatoon, Edmonton and Calgary where she lends her expertise in lyrical, jazz, ballet, contemporary, tap and musical theatre.

She is excited to be living and working in Vancouver again, and is looking forward to a successful year ahead.