Heather is originally from Ontario, where she received her initial dance training. Heather performed with local ballet company, Danse Elite, as first soloist and member of the corps de ballet in the company’s production of the Nutcracker and was a guest performer in the Niagara Symphony children’s production, Garfield.

Prior to leaving Ontario, Heather received a Bachelor of Recreation and Leisure Studies degree from Brock University (1997), then moved to British Columbia to continue her dance training and post- secondary education at Simon Fraser University (SFU). She received a Bachelor of Fine Arts degree, with a major in Dance and minor in Kinesiology (2002), as well as a Certificate in Health and Fitness (2002) from SFU.

Heather attained her Associate status with ISTD, Cecchetti Branch in 2005 and was granted top honours by receiving a “pass with distinction”. In 2006 she received her Associate Diploma status and in 2012 attained her Licentiate status with the Cecchetti Society of Canada. Heather has her Licentiate membership in the Ballet and Modern Divisions CDTA, BC Branch.

Heather has served on the executive boards of various dance organizations. She volunteered as a member of the Katherine Labelle Dance Society, which became Modus Dance; the Canadian Dance Teacher’s Association, BC Branch and the National CDTA Modern and Ballet Committees. During that time, she had the honour of being a BC Representative at the National CDTA ballet syllabus meetings and took part in the development of the National CDTA Ballet Examination Syllabus. Heather now sits on the committee for Cecchetti Canada, BC Branch.

Heather was responsible for proposing, implementing and developing the Modern Division of the CDTA BC Branch, which then led to the development of similar divisions across Canada. As the Modern Division Chairperson for CDTA, BC Branch Heather wrote the Professional Membership Examination requirements for the Modern Division. She also wrote the Junior Modern Examination Syllabus and a portion of the Senior Syllabus for students studying modern dance, which is now being used Nationally by the CDTA. Heather was the National CDTA Modern Consultant for 2 years.

Heather is a well-respected dance instructor and is responsible for developing strong, artistic young dancers in a kinesthetically appropriate manner. Many of her students have been accepted into professional training institutions, gone on to perform professionally and have even become dance instructors. Heather has won awards for her choreography. She uses her background in Kinesiology to ensure everyone approaches their dance training, yoga practice and Pilates classes in a safe and efficient manner. 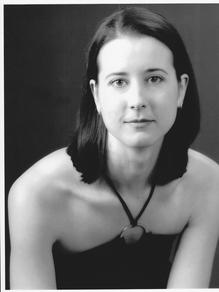