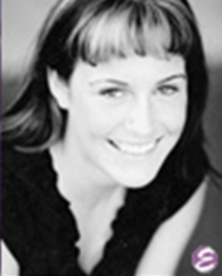 A true teacher at heart, Miss Tina has a special talent of making each and every one of her dancers feel like a star. Her genuine and enthusiastic love for teaching began at the age of 16 when she was asked to be her dance instructor's assistant. She quickly learned that she loved to work with children. Since her debut as a teacher, choreographer and of course Encore Dance Team Leader and Costume shopping GURU, she has earned numerous awards for her choreography and has been proud to watch her dancers perform her work in the Vancouver 2010 Opening and Closing Ceremonies, the Vancouver Rogers Santa Claus Parade, Vancouver Canada Parade, Disneyland, and on Princess and Norwegian Cruise Lines.

At age 10 Tina added dancing to her busy schedule as a competitive gymnast where she won the BC Gymnastics Provincials with Gold. She has trained in dance extensively at The Edge in Hollywood, LA Millenium Dance Complex in Los Angeles, Harbour Dance centre in Vancouver, BC and has been moulded by some of the best instructors in the Industry including Belinda Sobie, Sherrie Scherger, Stacy Cole, Moe Brody, Jocelyn Peden and Laurel Cabrita. She went on to be a featured dancer in the movie Reefer Madness starring Neve Campbell, a BC Lions dancer, Captain and Choreographer from 2003-2005 including Choreographer for the Grey Cup in 2004. Tina has been a featured dancer for the Vancouver PNE's night Shows, and has performed/choreographed for the musicals Annie, Westside Story, Scrooge, Grease, Romeo & Juliet, Oliver and Les Miserable by Delta and South Delta Secondary Schools, Delta Youth Theater Productions and The Arts Umbrella Granville Island. She can can also be seen in films and on television on Millenium, X Files, the L word, Sandlot 2 and Jumanji!

Currently, Miss Tina is enjoying her ninth year teaching at Encore, attending conventions such as Triple Threat and GSP, learning techniques and ways to help drive her passion through her students. In her spare time, she enjoys working at local preschools and elementary schools sharing her love of dance and fun to young students, volunteering as Coach for the Delta Secondary Dance Team - Winners of three Provincial Championships!! When you see her next, ask her how much she loves Hello Kitty.