Breanna is a multi-talented performer and choreographer whose passion has led her to travel and train in dance all over the world. Her extensive dance training includes Jazz, Tap, Ballet, Hip Hop, Contemporary and Musical Theatre.

As a performer, Breanna's long list of Television and Film appearances includes Warner Bros. featured film “The Fantastic Four”, “The Sixth Man” with Marlon Wayans, the Disney production "So Weird” and the one hour TV special with recording artist Love Inc. Although you might not recognize her Breanna also appeared as the principal character in the movie “Scooby Too Monsters Unleashed” as the dancing Scooby Doo. She also has worked on Commercials such as “Coors Light” and “Royal Caribbean Cruise Lines” among others. Breanna’s credits include performing with Charo, Ben Vereen, Boys 2 Men, TV series “Instant Star” Alexz Johnson, Base is Base, the Country Music Awards, the Las Vegas Legends, BMG Germany recording artist Sarah Connors and the Vancouver Grizzlies Extreme Dance Team. Her enthusiasm for entertaining has given her the opportunity to also perform for Royal Caribbean Cruise Lines and as a lead at Disneyland in Tokyo, Japan.

As a choreographer, Breanna has won numerous awards for her unique and creative style as well as has been given the opportunity to choreograph for some of our National Sports Leagues such as NLL Vancouver Ravens Fly Girls and CFL B.C Lions Dance Team. Her list of accomplishments also includes modeling for Miss Sixty, New Balance, Tommy Hilfiger, Westbeach, Killah, Polo, Revlon, MAC and Joico. Breanna hopes all of her students will benefit from her commercialized style and sassy upbeat attitude for dance. 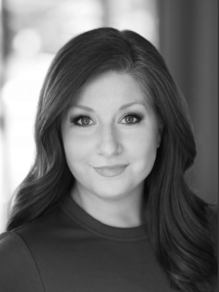